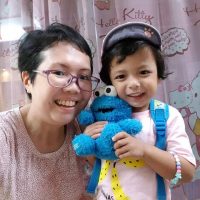 My three-year-old daughter had an accident in April this year. Since then she has not slept well. Initially, it was the pain but about a month after the accident, she started getting hives. I tried various forms of therapy on her but she seemed to get worse – more complaints of scratching at night and she started grinding her teeth. Four months from the accident, we started distance biotherapy. After the first session, I could see that she was already sleeping more peacefully. By the fourth session, she could eat foods that she could not eat previously such as foods with high histamines as fish made her scratch more.
We are extremely grateful to Ivan Roca for his time, his expertise as well as his kindness.